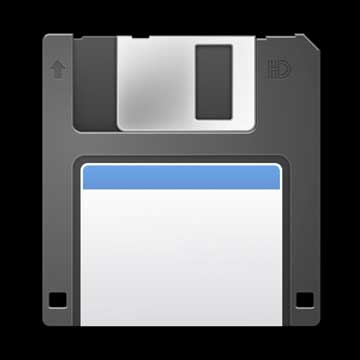 A Floppy Disk is a type of storage media that can be used with some laptop or desktop computers, typically has a capacity of 1.44 MB (megabytes). The floppy disk was designed by IBM in 1971, and they were invented by encoding data on disks with magnetic material coated onto both the front and rear surfaces.

A Floppy Disk is an old storage device. The disks are enveloped in plastic to protect them and the data they contain, so it’s sometimes called a “Floppy”. Once it’s filled up, you take it out of your computer and put another one in.

The first generation of floppy disks was made from high-density cellulose triacetate (CTA) plastic with a magnetic coating on both sides for storing binary data (either 0s or 1s). Floppy disks have become obsolete because their storage capacity was not big enough to accommodate large amounts of hours of raw audio or video footage.

Situations where you can lose data from a floppy disk

Floppy disks very much like other storage mediums are prone to data loss in various forms. At the point when floppy drives were made, there were no ways to Restore Data From Disks whenever it was lost or adulterated, it was lost until the end of time.

Data loss could happen from actual harm to the disk from being kept thoughtlessly or being embedded into the floppy disk drive wrongly. The harm to the disk was super durable and was exceptionally hard to fix right now.

Dust and dirt are collected on the disk accordingly to keep it from working appropriately, alongside fluids and any remaining substances they are totally disallowed from being in nearness to the floppy disk.

Viruses additionally were a danger. They could ruin its storage; making all the data in it pointless and non-existent. On most occasions of Floppy Disks Data Recovery, you would be needed to arrange and eradicate the disk with its data. This guarantees that you lose every single piece of data from it.

Recovery Squad is a pioneer in floppy disk data recovery services. We’ve fostered the most exceptional technologies and the most significant level of mastery to permit us to recuperate data from any media storage on the planet. Thus, we have the most elevated rate of success of full recovery in the business.

We offer non-damaging, quality Floppy Disk malfunction services utilizing our own restrictive strategies. We will return the drive to you in a similar condition as it was obtained.

We offer Free Evaluation on floppy disk data recovery. The expenses are dictated by the drive’s or gadget’s physical or coherent issue, the time and mastery required and the reason for the failure. We generally try basic and financially savvy approaches prior to attempting more elaborate and precise methods.

Here are a few hints for recuperating your data from a floppy disk and furthermore to guarding it without any outside help.

Can I use software for Floppy data recovery?

We never recommend using software for data recovery as they are a generalised piece of technology and don't understand your personal issues. This data is very fragile and can be lost forever if someone professional is not handling the case.

Should I partition my hard drive?

Yes, you should always partition your storage mediums, because it will help you to separate programs and data zones. When the disk gets corrupted, you can still recover the data as it was also stored in some other medium.

My floppy disk is formatted. Will it erase the data?

Indeed, totally. Formatting a disk or a USB erases everything totally. Before formatting, make a backup. Hence, after the formatting, you can re-establish the documents from your Cloud. Or then again shockingly, you don't have a backup but format your disk, stop any further activity and utilize Floppy Disks Data Recovery Australia to re-establish data.

Can you also restore my Email data?

Yes, our experts are trained in restoring email data and giving it back in the original format.

How can I get pictures off an old floppy disk?

The only way to access the data on a floppy disk is if you still have the computer it needs to be connected to. (So this means that, unfortunately, there's no easy way for you to download your photos). You should make an online backup of all your files before reformatting or recycling your old computer. You have two major options, first is you can buy a USB floppy drive, or take it to our data recovery services providing company.

How long does data last on a floppy disk?

Well, if you ask technically then Google says that a floppy disk when maintained correctly can store your data without giving any issues for around 10-20 years. But, you should always keep the data and sanitise it timely to maintain data security.

How do I read old floppy disks?

If there are read/write errors on the disk, you'll always able to recover any part of its contents (i.e., old family photos) when reinstalling Mac OSX on that same machine in the future or by connecting it as an external drive when running Linux/Windows on a second computer.