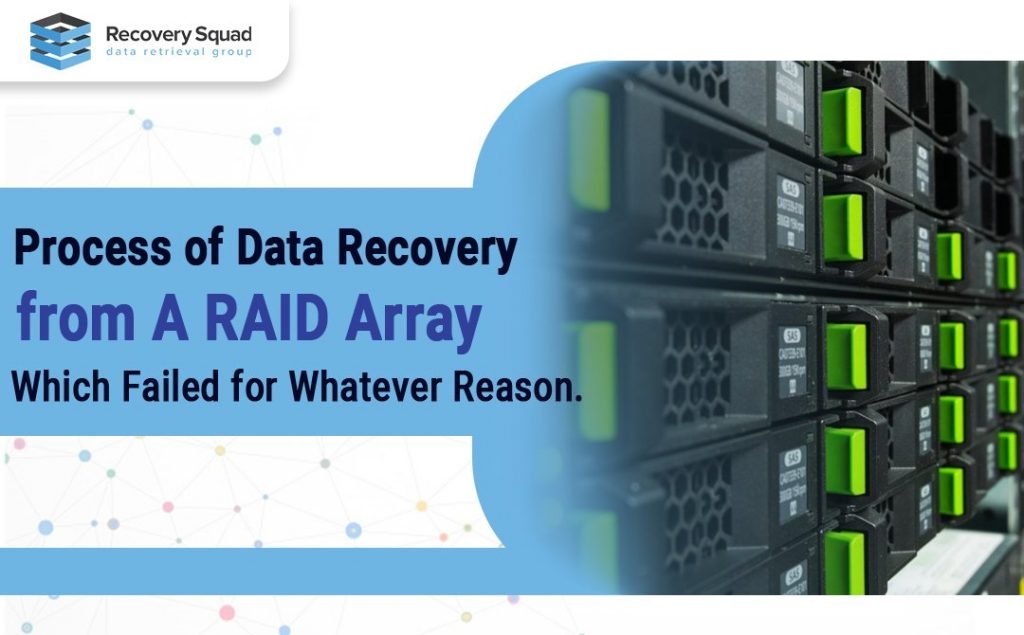 RAID 5 is one of the most popular RAID array configurations today. These Redundant Array of Independent Disks Configurations allow users to store data on multiple drives while treating them as one drive. The most common usage cases for this includes storage boost, high data transfer speed requirements, and data redundancy. Depending on the performance and redundancy level required, the RAID arrays are classified into various levels. These levels allow the prevention of data loss in the case of drive failures. The level allows you to rely on other drives to access the data even if one of them fails. Moreover, RAID configurations also add a higher storage capacity and data availability to make them ideal for workstations and other powerful computers.

While RAID does allow features that may counteract the failure of one drive, it is still possible to lose data with RAID configurations. The most common reasons which cause RAID arrays to fail are controller failure, missing partitions, failure in multiple disks, and server crashes.

Here are some tips that can prolong the time it takes for your configuration to fail. The most important precautionary measures can also help prevent further damage to your data in the case of RAID failure and avoid cases which can make raid data recovery impossible.

RAID is divided into various levels and the most common ones are RAID 0, 1, 5, 6, and 10. RAID 0, 1, and 5 work on both HDD drives and SSD drives which makes it important to first understand the kind of levels before setting up your RAID array as it can help prevent the errors from occurring in most cases.

RAID 0 requires a minimum of two disks and it splits files across these disks to create a high-speed system to access the files across both drives while running them simultaneously.

This configuration is for disk mirroring which allows both disks to read and write the same data to ensure backup in case one disk fails.

RAID 5 offers parity along with stripping which stores data across multiple disks. You can also use this to store an additional parity block on both disks.

This system functions the same as RAID 5, but allows a minimum of four disks to allow the system to store information that allows creating additional parity blocks just like RAID 5.

This is another configuration that requires a minimum of 4 disks and only works to mirror and strip data. This provides the best of RAID 0 and RAID 1 and hence the name RAID 10.

Process of Data Recovery from RAID 5

The first thing to do when your RAID array fails is to calm down and realize that there are ways to recover your data. You should also remember to avoid any DIY software methods promised on the internet as these can overwrite your existing data and cause permanent data loss.

If only one disk has failed in your RAID array, then it is possible to fix it at home by replacing the disk with a healthy one and conducting a RAID rebuild. This will allow the data to be recovered on to the new disk. It is crucial to not plug the corrupted drive into another computer unless you are a data expert as this can cause overwriting.

Also Read: How to Recover Data from a Broken RAID set?

If multiple drives have failed in your RAID array, or if you aren’t sure of how to rebuild your configuration, you should contact an expert. Taking your RAID configuration to an expert will allow them to analyze the potential of loss and devise a strategy that can help in RAID data recovery with minimum or no data loss.

If your RAID configuration has been failing, the first step you must take is to take it to an expert who can analyze the configuration and ensure no overwriting takes place during data extraction or rebuilding. Moreover, experts have several failsafe’s in their software which allows them to prevent overwriting during the recovery process. If your RAID array is experiencing data loss, contact a professional recovery service in Melbourne like Recovery Squad now. They can help recover your data in the fastest time span possible.